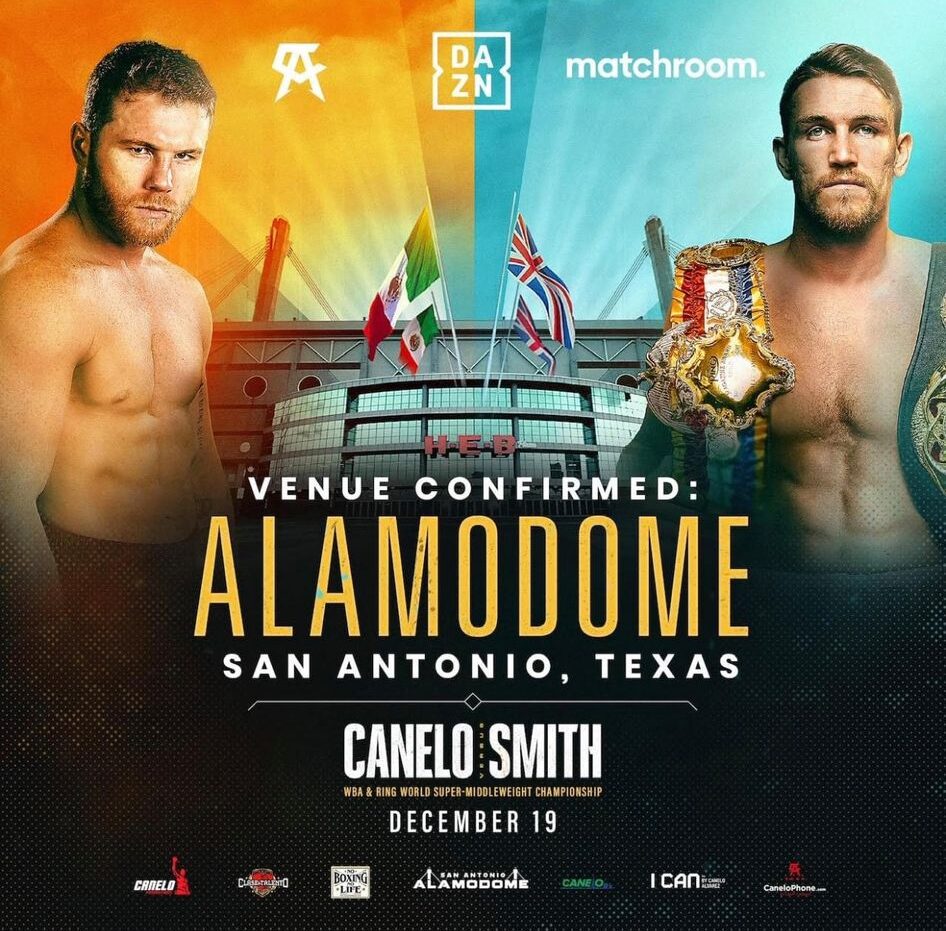 CANELO ALVAREZ VS. CALLUM SMITH AT THE ALAMODOME ON DEC 19, 2020 IN SAN ANTONIO, TX!

Canelo Alvarez, considered by some to be the best fighter in the world pound for pound (P4P), brings his record of 53-1-2 to take on Great Britain’s Callum Smith, who himself boasts an undefeated record of 27-0. Canelo, the Mexican super hero, is taking on Smith in a unification battle for the WBA super middleweight championship. This fight takes place on Dec. 19, 2020 at the Alamodome in San Antonio, Tx. It will include fans, though they will be socially distanced.